It's Not Goodbye- Just See You Later

Last Sunday, February 17, 2013 my dad went to be with Jesus. Although I know he is in a better place and he is happy and free from all discomfort and suffering of this world, we are still experiencing grief.

The separation from our loved ones, even though temporarily, is still a curve we have to navigate in this life. How do we do that and still function in our everyday routine?

So I dedicate this to my dad, Lloyd Watson, and because I know I will see him again, I say "see you later, Dad." Never goodbye.

Posted by Barbara Latta at 4:06 AM No comments:

This month love is expressed in gifts of flowers, cards, and chocolate. These are all fun to give and receive and they create sweet memories to savor. But God's love goes much deeper than our human ways can express. 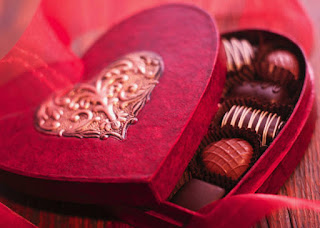 John tells us, " In this is love, not that we loved God, but that He loved us and sent His Son to be the propitiation for our sins. Beloved, if God so loved us, we also ought to love one another" (I John 4: 10-11).

It's there when we don't deserve it--which is all the time.

Because Jesus is worthy we can receive it--all the time.

In addition to the chocolates, flowers, and cards we give our families, what can we give to a hurting and dying world to show God's love to them?

That's how we send Jesus a valentine.
Posted by Barbara Latta at 10:10 AM No comments:

Slavery Is Not Dead

A woman, now 58, relates how she was kidnapped at the age of 13 as she and a friend hitchhiked across Illinois. They were taken to a house in Missouri and forced into prostitution. She doesn't recall how she escaped, but she kept her secret for many years for fear of being labeled a “bad girl” by friends and family at the time.


Another story comes to light of a girl on a outing to a mall with other young girls she met on the internet. The girls were the bait the criminal used to entice her into the meeting. She was grabbed and taken to a house where she was raped and beaten until she succumbed to submission. She was later rescued and lived to tell her story.


One of the dark stains against humanity all over the world is slavery. Every year billions of dollars are generated by perpetrators through abducting, coercing, and selling millions of people, mostly women and children. It is one of the fastest growing crimes in the world.
This epidemic is a major curve we need to navigate as a society.

This is not a crime exclusive to poorer countries. It happens every day in the United States, as well.

Don't let the staggering statistics lull you into thinking nothing can be done. Every person who is helped is one less victim criminals have control over. That one person will be grateful someone was willing to reach out.

I urge you to read the information on the added page of this site and find out more. There are links with information on rescuing and restoring those who have been trapped.


Posted by Barbara Latta at 8:12 AM No comments: