What If We Celebrated the Holy Spirit Not the Fallen Spirit? 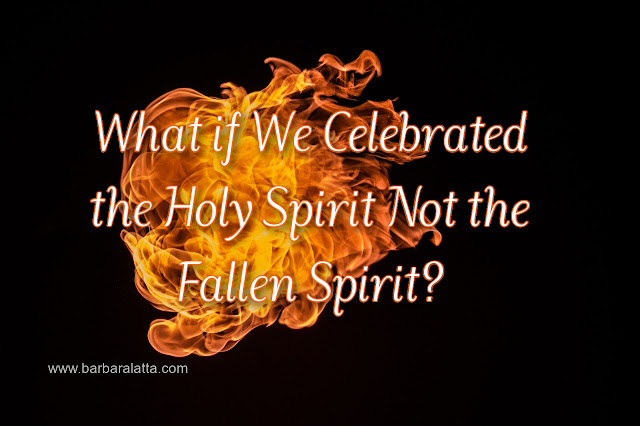 Crisp fall air invites us to gravitate toward campfires. Logs crackle and gray, oak-scented smoke spirals to the sky.

Give me a marshmallow and a hot dog, please.

Fall also brings Halloween. For weeks Halloween decorations have abounded in stores, yards, and porches. This is not an attack against those who like Halloween. But I am not one who likes this day because of the evil origins.

I know kids love to dress up and get candy. Who doesn’t like sugar? Children aren’t thinking of what all this means, they just want the goodies.

But some of the decorations can make a believer cringe. I think this day is observed as fun because the meaning is not taken seriously. A lot of people don’t believe the devil is real. And if they do, he is considered a cartoon character in a red suit with a pitchfork. 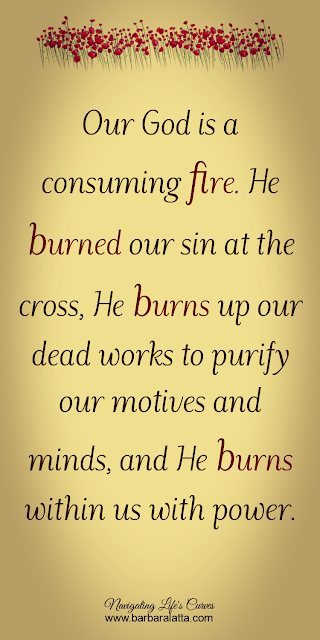 What if we celebrated the Holy Spirit not the fallen spirit?

While fall can call us outside to enjoy a backyard fire, campfires are no comparison to the fire of God.

What kind of thoughts does this Scripture bring to your mind?

This verse can create different images.

God’s fire consumed sin. The blaze of judgment turned sin to ash at the cross.

While we are on this earth, we do still commit sin. But the punishment for our transgressions is complete because Jesus endured the fire of the wrath of God against sin.

God’s fire consumes us with power when we welcome the Holy Spirit into our lives.

After Jesus ascended to heaven, God sent another kind of fire to the earth – the Holy Spirit.  I indeed baptize you with water unto repentance, but He who is coming after me is mightier than I, whose sandals I am not worthy to carry. He will baptize you with the Holy Spirit and fire. His winnowing fan is in His hand, and He will thoroughly clean out His threshing floor and gather His wheat into the barn; but He will burn up the chaff with unquenchable fire (Matthew 3:11-12).

God’s fire consumes the motives of all our works. Each one’s work will become clear; for the Day will declare it because it will be revealed by fire; and the fire will test each one’s work, of what sort it is. If anyone’s work which he has built on it endures, he will receive a reward. If anyone’s work is burned, he will suffer loss; but he himself will be saved, yet so as through fire (1 Corinthians 3:13-15).

The fire of judgment day is in the future. All those who did not accept the payment Jesus made when His body was consumed in the fire of God, will be burned in eternal fire. That will be a sad day.

The payment has been made, but many will not accept it.

Our God is a consuming fire. He burned our sin at the cross, He burns up our dead works to purify our motives and minds, and He burns within us with power. And His fire will judge those who reject Him.

Satan will feel that fire of judgment, too. Eternal damnation for the one who caused all the misery of earth since the Garden of Eden. He will burn with eternal misery. The days of evil will be over.

We can celebrate the Holy Spirit because Jesus defeated the fallen spirit. We don’t have to give the devil any more power by giving in to his temptations and lies.

God’s love can burn within your soul if you accept His sacrifice and join His family. By doing so, the identity of Christ is given to you and the Holy Spirit's power will dwell within your heart.

Our God is a consuming fire. He burned our sin at the cross, He burns up our dead works to purify our motives and minds, and He burns within us with power. (click to tweet)

Overcome the Darkness of Condemnation with the Light of the Word 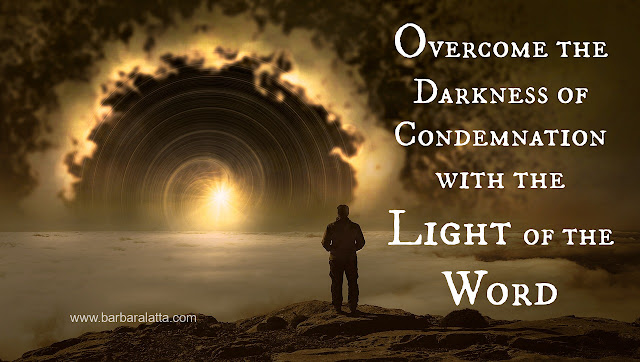 October is mostly focused on darkness, fear, and the celebration of evil due to Halloween. The day promotes scary practices as fun. But if we comprehended the emptiness and fear associated with total darkness and separation from God we wouldn’t be laughing. 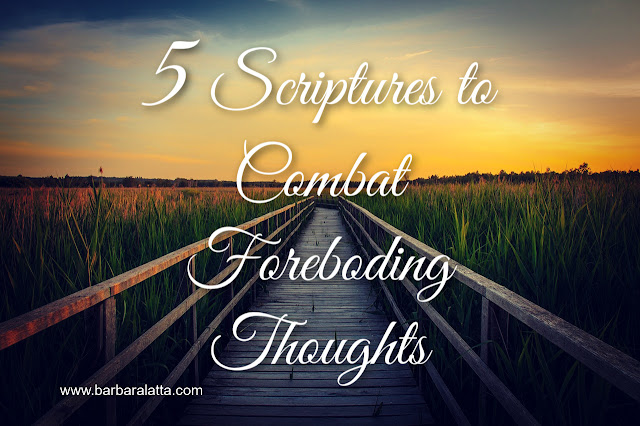 The world is full of chaos because the ruler of this world is Satan. His agenda is destruction, and his methods of operation are lies and deceit. His whispered words plant fear.

With more apprehension filling the airwaves each day, our peace can be threatened if we allow these assumptions and predictions to take precedence in our lives.

Trepidation and threats shatter peace and can leave our emotions in sharp pieces. We can find ourselves descending into a deep hole of depression one step at a time and not realize we are at the bottom until we feel enveloped in darkness.

The Significance of Yom Kippur and Sukkot 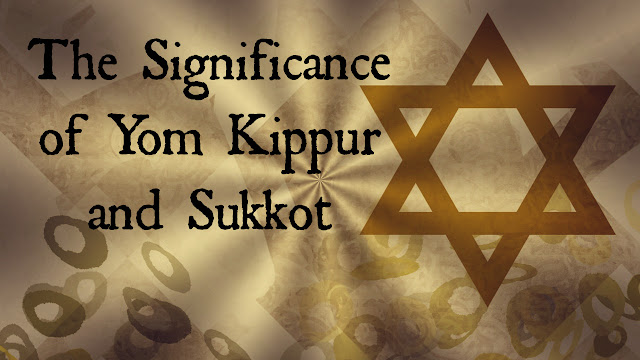 Yom Kippur, the Jewish observance of the Day of Atonement, began this week on the eve of October 4 and ended at sunset on October 5. On the Jewish calendar this is the 10th of Tishrei.

Yom Kippur began at the time the Israelites were in the wilderness. Moses traversed Mount Sinai and heard God’s voice with instructions He inscribed onto stone. When Moses delayed his return to the camp, the Hebrews formed and worshipped a golden calf. They forsook the God who delivered them from the bondage of Egypt and fell into the idol worship of their enslavers.

When Moses descended to the bottom of the mount, he saw the actions of the sinful crowd. His anger drove him to break the stone tablets and he destroyed the golden idol along with all those who wouldn’t return to the Lord. The next day he climbed Mount Sinai again to pray for atonement for the people who still lived (Exodus 32:30). This is the day Yom Kippur recognizes—the day their sins were forgiven.

Five days after Yom Kippur, Sukkot is celebrated which falls this year on October 9 – 16. For seven days, Jews celebrate the Lord’s provision through the bounty of harvest. Sukkot is also referred to as Feast of Tabernacles to commemorate the Israelites dwelling in tents and the protection of the cloud covering them in the desert.

Modern day Jewish people build temporary outside shelters covered in some type of natural products such as palm leaves, pine boughs, or bamboo to remember the dwellings of their ancestors in the wilderness. These celebrations last seven days and involve feasts of various foods and the reciting of Psalms of praise.

What do the meaning of these two observances reflect for Christians?

We already learned about the reason for Rosh HaShanah through a post on September 23.

While we as Gentile Christians do not participate in the observances of these days the way Jewish people do, we can still see the reflection of their meanings to us.

In the wilderness tabernacle and later the temple in Jerusalem, animals were sacrificed to pay for the people’s sins. Once a year, the high priest entered the Holy of Holies and sprinkled blood on the Ark of the Covenant (which later was captured by their enemies). This blood signified they were atoned for, but they had to repeat this offering year after year.

But when Jesus came and offered Himself upon the altar of God’s judgment, He atoned for our sins forever.

For the law, having a shadow of the good things to come, and not the very image of the things, can never with these same sacrifices, which they offer continually year by year, make those who approach perfect For then would they not have ceased to be offered? For the worshipers, once purified, would have had no more consciousness of sins. But in those sacrifices there is a reminder of sins every year. For it is not possible that the blood of bulls and goats could take away sins. (Hebrews 10:1-4 NKJV)

The work of the high priests in the Old Testament never ended. They worked continuously. Jesus’ sacrifice was so perfect, He only needed to shed His blood one time and His offering covered all sin. But each person must accept what He did into their own life to receive this forgiveness.

When Christ returned to His Father He sat down at the right hand of God. No more sacrifices were needed because His work was finished (John 19:30).

And every priest stands ministering daily and offering repeatedly the same sacrifices, which can never take away sins. But this Man, after He had offered one sacrifice for sins forever, sat down at the right hand of God, from that time waiting till His enemies are made His footstool. For by one offering He has perfected forever those who are being sanctified. (Hebrews 10:11-14)

Yom Kippur reminds us of the sacrifice of the one perfect Lamb of God who takes away our sin forever.

For more information about Sukkot and the Day of Atonement, listen to this YouTube message from Rabbi Jonathan Cahn. You will be amazed at the revelation of biblical connections these festivals have to the Messiah, Jesus Christ.

What do these Jewish observances mean to your life? Share your thoughts.