“He who dwells in the secret place of the Most High shall abide under the shadow of the Almighty. I will say of the Lord, 'He is my refuge and my fortress: My God, in Him I will trust'.” Psalm 91:1-2 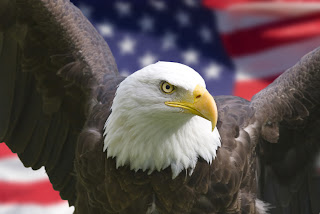 Terrorism. It's a word we cannot get away from. It has happened to the core of our being again this week. The very mention of the word is meant to strike fear in our hearts.


What can we do as individuals to navigate this presence in our society?

First, we don't let the fear control us.
How do we do that, you say? We trust in God. I don't mean that as a trite cliché, or tongue in cheek phrase. Each of us as individuals need to remain steadfast on His Word and hold on to it everyday. Listen to God's instructions. There were many stories circulated after the 9/11 attacks about people changing their routine that morning for different reasons and they were saved as a result.


Second,  we remain vigilant and alert.
Be aware of your surroundings. If you see or hear something suspicious, report it to the authorities. The Boston Marathon attacker was found because someone reported something that didn't look right in their back yard.


Third, we stay in touch with our government representatives in Congress.
Encourage them to be diligent in fighting terrorism and investigating those who come into our country.

It's important to remember this is a spiritual battle. Even though we have to go to war to fight against those who attack us, the core of it all will only be won through the Prince of Peace. That's why it is so important for us to disciple the world for Christ. Hatred will only breed more hatred. God's message of salvation is all that can bring true change.

What are some of your ideas for handling threats that cause fear?

This post is dedicated to those who lost their lives or were injured in the Boston bombing. A special salute and tons of gratitude to the police, emergency, and federal agencies involved in the capture of the attackers. Kudos and hats off to you. Thank you for all you do to keep us safe.
Posted by Barbara Latta at 4:41 AM No comments:

Not a Techno Junkie

I got a new cell phone this week. My very old and outdated Blackberry was on its way to the electronic graveyard. I had put it off as long as possible because I just did not want to invest a lot of money in a new phone.

It was past time for an upgrade on both mine and my husband's cell phone account, so we headed out to adopt these new family members. After a friend informed us of his ability to purchase an iphone for $1.00, I became more excited about a visit to the store.

The first thing out of my mouth upon entering the premises was, "I want a $1.00 phone." I was prepared to hear excuses and exceptions, but I was pleasantly surprised. I had two choices. An iphone or an LG Lucid. We chose the latter because of the larger screen (middle aged eyes, you know).

Now the fun starts. How do I make it cooperate with me? Touch screen texting and I do not mix. I have sent some text messages that even I don't understand. Even when I used the voice activated message option, I still got incorrect words typed on the screen. Then trying to set up email accounts on the phone and it wants POP server, imap, port number. Arrrgggh!

Not to mention discovery of the functions for all the APPs. Who knows what they all do?

Are you telling me this is supposed to make my life easier? My phone speaks a language I don't understand. And it sleeps more than I do. I had to learn how to wake it up.


This technology curve is one I will be navigating for the rest of my life because technology never stands still. As soon as I do learn it, it's obsolete.

Any tips will be greatly appreciated and any technology stories you want to share will be sympathized with by a not so techno-junkie.
Posted by Barbara Latta at 9:42 AM No comments:

You Can't Kill A Peep!

Those little marshmallow confections are everywhere. You know what I mean. Peeps! They cover candy counters at Easter in all kinds of colors and shapes. That tough stickiness inside them seems like sugar coated rubber because they are indestructible. You can stretch them, bite them, and stomp on them and they do not lose their shape. I even saw a demonstration on television once where someone ran over one with a bulldozer and it still bounced back up. You really can't kill a Peep.

As believers, we need to know that we are like that on the inside too. When the devil comes against us with something, we have the power to bounce back because of the power of the cross. Jesus died and rose again to give us His power.

Peeps retain their shape even after squashing them. When they bounce back they are still shaped like a chicken or rabbit. The shape is its identity and it retains it. Our identity is in Christ and nothing can take that away. We retain our "shape" just like the peep does. That's what His resurrection gives us.

Happy Resurrection Day! What does it mean to you?
Posted by Barbara Latta at 7:58 AM No comments: