The horror of Roe v Wade 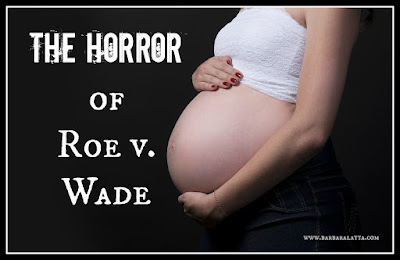 Despite scientific evidence of life at conception, secular humanists, atheists and liberals continue the fight disguised as a women’s health care to promote abortion on demand.

The battle has gone so far now as to killing a full-term baby after birth if the mother decides she doesn’t want it. None of their other excuses have anything to do with women’s health, but how this latest act can be promoted as health care only exposes their power-hungry agenda and lack of respect for human life. This same group will push aggressively to protect eagle eggs, baby seals and whales from extinction but a human is relegated to tissue that can be discarded.

Since 1973, when the Supreme Court made abortion on demand legal, over 60 million abortions have been recorded. The worldwide data is over 1 BILLION since 1980. And the total is probably more as this is the recorded data.

This is one of the most selfish acts a person can commit. Actress Alyssa Milano had two abortions because she stated she was not ready to be a parent and she had a future and a career. But there was no future for those two babies.

God tells us in His word, Before I formed you in the womb I knew you, and before you were born I consecrated you (Jeremiah 1:5a).

For You formed my inward parts; You wove me in my mother’s womb. I will give thanks to You, for I am fearfully and wonderfully made; Wonderful are Your works, and my soul knows it very well. My frame was not hidden from You, when I was made in secret, and skillfully wrought in the depths of the earth; Your eyes have seen my unformed substance; and in Your book were all written the days that were ordained for me, when as yet there was not one of them (Psalm 139:14-16 NASB).

This is by no means a condemnation to those who have experienced abortion. God has extended forgiveness for all sin through Jesus Christ. It is up to us to receive that gift from Him.

There is therefore now no condemnation to those who are in Christ Jesus (Romans 8:1)

As far as the east is from the west, so far has He removed our transgressions from us (Psalm 103:12).

But it is a condemnation of the legislation, the fight to keep the law, and the lack of regard for humanity by those who are only concerned about their power and money. Ronald Reagan said, "I've  noticed that everyone who is for abortion has already been born."

The anniversary of Roe v. Wade only brings us more aware of the horror we have allowed into our society. Because of the 60 million babies who have died in the United States alone, the effect they would have had on society is gone. Millions of teachers, preachers, parents, doctors, lawyers, politicians, business leaders, scientists and citizens don’t exist. And neither do the children they would have had.

May we continue the fight to protect life. For help in finding pro-life aid or defending the unborn here are a few resources:

The anniversary of Roe v. Wade only brings us more aware ofthe horror we have allowed into society (click to tweet)

In our busy world, can we really be still and know God?

Finding a word for the year has become a trending activity and it helps us grow in the area we have chosen. This makes an easier goal setting task for me than making a list of resolutions. 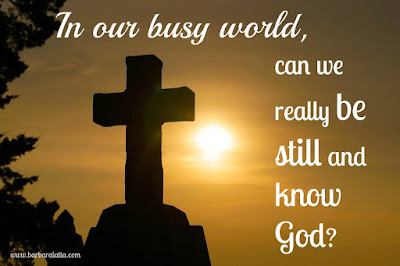 As I was praying about what word I should use for this year, I heard “listen.”

Along with that word came Psalm 46:10, Be still and know that I am God.

In our busy world, can we really be still and know God?

The words “be still” may not mean for us to completely stop moving all the time, but there is an amazing difference when we take a few minutes to stop everything – TV, social media, work, music and just ponder God. In our busy activity, just stop and be still.

Our world is so overwhelming with busyness and noise, we think we don’t have time to be still. We need to finish the “to do” list. But if your list is like mine it never gets to the end anyway.

So, this year I want to stop more often. Yes, just do nothing for a few minutes every day and just listen.

What is He saying right now at this time to me?

What do I need to study in His Word?

Be anxious for nothing, but in everything by prayer and supplication, with thanksgiving, let your requests be made known to God; and the peace of God, which surpasses all understanding, will guard your hearts and minds through Christ Jesus (Philippians 4:6-7 NKJV).

This is one of my favorite go-to scriptures. And this describes “cease striving.”

This says to me to stop trying to make things happen and just follow His Word.

Rest in His arms and absorb Him.

Step out of the traffic! Take a long, loving look at me, your high God, above politics, above everything (Psalm 46:10 The Message).

Above politics, yes! As we get away from everything negative we can refocus on the positive God who loves us and is above everything.

Do you have a word for the New Year?

Feel free to share your thoughts and vision for 2020.

Email ThisBlogThis!Share to TwitterShare to FacebookShare to Pinterest
Labels: Barbara Latta, in our busy world can we really be still and know God, listening to God, Navigating life's curves, Philippians 4:6-7, Psalm 46:10, word for the year

As we start a new year, it would be a great time to evaluate our self talk. I have created a confession card for you to print as a reminder of who you are in Christ. Just click the link below. 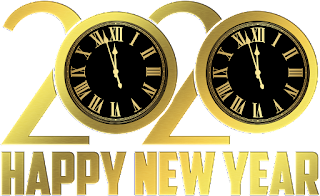 I pray God's richest blessings upon you and thank you for being a loyal reader of Navigating Life's Curves.

Join the conversation and share your thoughts for the New Year.