Thank You, God, for Marvelous Migrations

This week's post is by multi-published and award-winning author, Julie Lavender. I met Julie through the writing conferences we have both attended. I'm sure you will enjoy reading the message God has put on her heart through nature.

An autumn walk with God in the south is often graced with the fluttering of butterfly wings. God’s creativity is evident in so many of His masterpieces, but I often feel like He ‘outdid’ Himself when it comes to butterflies.

I spotted a monarch butterfly on my walk today. Black and orange with white spots along the tips of its wings, the monarch flies farther than any insect during its short life on Earth.

The beautiful and elegant Monarch butterflies migrate almost three thousand miles every year – from the forests of Mexico to parts of the United States, all the way to Canada.

I can’t imagine the hazards the monarchs face on that kind of a journey. The in-flight “potholes,” like unusually strong winds, thunderstorms, fast-moving vehicles along the path, sudden and unplanned temperature changes, lack of food sources along the way.

Fortunately, God gave the monarch an internal “compass,” instinct if you will, to lead and guide the monarch butterflies to make these long treks. With his creative genius, God directed their flights, long before each one hatched. 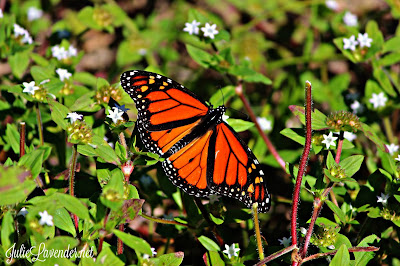 Whew – that’s a lot of frequent flyer miles those guys are racking up, huh?

I was born in the small town of Statesboro, Georgia, and though I always dreamed of traveling when I grew up and saved some money, I never really wanted to migrate away from my hometown. I was comfortable there and my family that consisted of three siblings had all settled in nearby counties.

And, when I started dating my high school sweetheart a bit more seriously during college, I thought my zip code was settled, because he, too, was from my hometown.

Well, God (and my husband’s degree stamped on his diploma) had other plans, and David made a deal with Uncle Sam for one three-year tour in the Navy when we both finished our Masters Degrees. At first, I wasn’t happy about it and stomped my feet a little …. well, a LOT.

Long story, short….one three-year-tour became a twenty-year migration across the United States, courtesy of a career in the Navy. 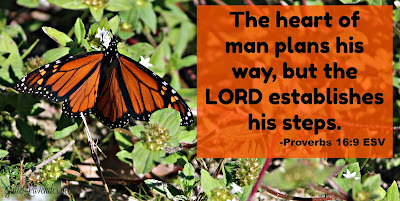 But you know what? I only pouted and stamped my feet for a short time, because it wasn’t long before I fell in love with God’s beautiful creations in other places besides my hometown.

My military-wife migration sent me from Jacksonville, Florida to Camp LeJeune, North Carolina and then back to Jacksonville again. Next stop for the Lavenders became Stafford, Virginia. Those migrations kept us on the east coast, but our next flight sent us all the way to Oceanside, California. From there we fluttered up the coast to Poulsbo, Washington. Our last tour took us diagonally back to Jacksonville, Florida – we’d come full-circle in our flight, landing back where the career began.

When David completed his Navy career, our family settled back in our hometown, surrounded by our four kids’ grandparents, aunts, uncles, and cousins.

Our family had a marvelous migration – I loved seeing God’s big beautiful world.

Every year, about this time, when I watch monarch’s flitting about, I’m reminded that I may often plan my course, but it’s God that leads my steps…or flight! And I’m so thankful He’s in charge and not me!

What about you? Did you have a plan for your ‘migration’ after college that went a different direction? Did that happen even later in your life or career?

Tell me about some of your migration adventures. My favorite landing place was Washington state during our adventures. Where was your favorite zip code? 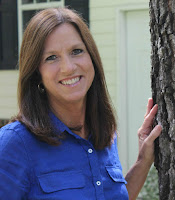 Julie Lavender reluctantly took off the homeschooling hat she’d worn for over twenty-five years when her youngest of four started college three years ago. Julie and husband David, married for thirty-six years, have two sons, two daughters, one son-in-love, and one precious grandson.

Julie has a Masters Degree in Early Childhood Education and taught public school before becoming a stay-at-home mom and homeschooling mommy. Julie and her husband, a former entomologist for the United States Navy and a current wildlife biologist at an army base, traveled about the country with their four children as Uncle Sam directed for twenty years before returning to their hometown of Statesboro, Georgia.

Living in six states and moving twelve times, the Lavenders have certainly rounded many curves, encountered some potholes, climbed a lot of hills, and navigated a few valleys, but through it all, God was faithful and true and ever-present.

Julie Lavender won a Guideposts Writing Contest, joining eleven other winners in Rye New York to study under top, New York-based Guideposts editors. Since winning that contest, Julie has been chosen for five Guideposts Refresher workshops. Additionally, Julie writes for her local newspaper, The Statesboro Herald, authored 365 Days of Celebration and Praise and Creative Sleepovers for Kids, and contributed to Chicken Soup for the Soul compilations.

Julie is excited that a co-authored Christmas devotional with Michelle Cox comes out in time for Christmas this year, and a parenting book, 365 Ways to Love Your Child, with Revell Publishers, releases in the fall of 2020.

Posted by Barbara Latta at 5:00 AM