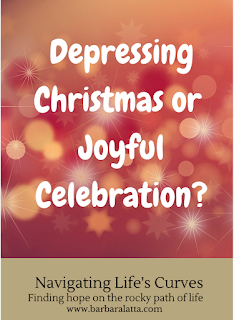 During the depression era of the 1930’s, hardly anyone had money. Unemployment was at 25%. Soup lines kept people fed. Those fortunate enough to live on farms could grow food from seeds they had saved.

These people had to decide if they would have a depressing Christmas or a joyful celebration.

Christmas was not filled with bling-covered gifts or designer clothes. Gifts were handmade. Toys were carved from wood. Dresses were sewn from flour sacks while hats and gloves were knitted or crocheted.

The real treat on Christmas morning was an orange in the stocking. Buying an orange was a sacrifice parents made for their children because this fruit was so expensive.

Tree decorations were handmade out of paper, wood or scraps of fabric sewn together.

But Christmas was still Christmas. Families joined together. They went to church to worship the newborn King. Their focus was on the giver of life instead of lack. They were thankful.

My parents lived through the depression. As children during this era, they knew what it meant to do without certain things. Therefore, they wanted my brothers and I to have whatever they could give us at whatever sacrifice they had to make.

I can still remember the Christmas when I was nine years old.

I loved the movie, Blue Hawaii starring Elvis Presley. He was a hot item in the 60’s and I wanted the album from that movie.

My dad could be a talented trader when he needed to be. He and some of his friends would wheel and deal and trade items each of them wanted. I don’t know what my dad gave up, but I ended up with a stereo set and my favorite record album, which I still have to this day.

We have arrived at the end of a year that could be described as depressing. A virus closed schools, churches, and businesses. Political battles shot bullets on every available media outlet and riots destroyed cities.

But Jesus told us in John 14:1, Let not your heart be troubled; you believe in God, believe also in Me. 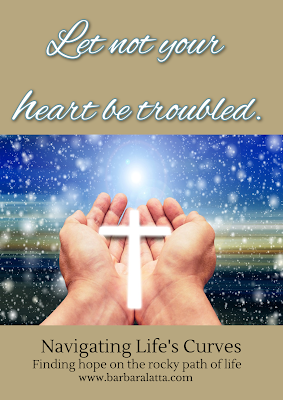 He didn’t say to do that only if everything was going our way. Let not your heart be troubled.

No matter what happens, God is still God and He is supreme. But only when we allow Him into our troubled mind can He do anything about our concerns.

Be anxious for nothing, but in everything by prayer and supplication, with thanksgiving, let your requests be made known to God; and the peace of God, which surpasses all understanding, will guard your hearts and minds through Christ Jesus (Philippians 4:6-7 NKJV, emphasis mine).

The Pre-Incarnate Christ lived in the splendor of heaven before he came to earth as an infant. He laid aside all benefits of deity to become like sinful man.

God makes us rich in Christ when we are poor in spirit.

What better present can we give to Jesus than to accept his peace and allow it to permeate our hearts because we trust Him.

We can choose to have a joyful celebration instead of a depressing Christmas. Let not your heart be troubled.