What Can Palm Sunday Teach us Today?

In biblical culture, palm branches signified a victorious leader or redeemer. Palm branches were embossed on coins and used as rewards to the victors in games. By waving palms when Jesus entered Jerusalem, the people cheered because they anticipated political freedom.

One week later they had all turned on Him. He didn’t do what they expected. He stood by and let the religious leaders take Him. He didn’t fight back when the Romans arrested Him.

They were disappointed again. They said He did miracles but couldn’t save Himself.

But He didn’t come to save Himself from the cross. He came to save them and us because He went to the cross.

What can Palm Sunday teach us today?

As He entered the gates of the Holy City, I don’t think Jesus was waving to the crowd like a contestant on the stage. He wept over Jerusalem because He knew she would reject Him. He knew why they were praising Him. It wasn’t because their sins would be taken away forever. 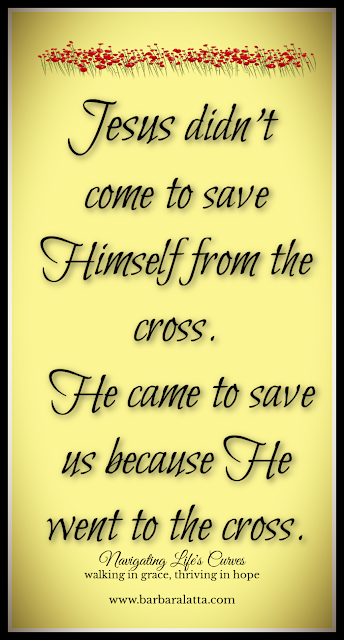 It was because they wanted Him to sit on a throne and break Roman bondage. Everyone had the defeat of Rome on their minds. Not their need for spiritual cleansing. They looked for outward change, not inward transformation. This would have broken His heart.

ejoice greatly, O daughter of Zion! Shout in triumph, O daughter of Jerusalem! Behold, your king is coming to you; He is just and endowed with salvation, humble and mounted on the foal of a donkey. I will cut off the chariot from Ephraim and the horse from Jerusalem; and the bow of war will be cut off, and He will speak peace to the nations. (Zechariah 9:9-10).

The people of Jerusalem did not comprehend that the prophecies about the Messiah spoke of two appearances. He came the first time as the Savior and brought spiritual peace between God and man.

But the last part of the prophecy in Zechariah spoke of His return, not on a donkey, but on a white horse as the conquering Judge who will rule with a rod of iron and bring political peace to all nations (Revelation 19:11-15).

My prayer is that what I have learned in six decades of living will overflow toward those who have questions and doubt. That I will be strong enough to encourage young and old alike to be strong in the Lord.

I pray we will all unashamedly wave our palm branches of praise to the Lord, not only when the rest of the crowd praises Him, but when the opposition wants to persecute. The experiences and consequences of the past have shown me compromise is not worth it.

May “Blessed is He who comes in the name of the Lord” remain the prayer of mature women who walk in grace and thrive in hope—for us, our children, and our grandchildren.

What can PalmSunday teach us today?

Jesus didn’t come to save Himself from the cross.  He came to save us because He went to the cross.

Email ThisBlogThis!Share to TwitterShare to FacebookShare to Pinterest
Labels: Barbara Latta, blessed is He who comes in the name of the Lord, mature women blog, Navigating life's curves, What can Palm Sunday teach us today, Zechariah 9:9