The Importance of Providential History

Freddie Bentley, a 22-year-old British reality star said that young children shouldn’t be taught about World War II in order to preserve their mental health. This seems to be the growing trend among young people. Because they have grown up in schools where history is either not taught at all or is revised to preserve political correctness, they have no idea about the cost another generation paid so they can have their right to express themselves and the economic freedom that gives them all their “stuff.” This young man should go back and see the devastation to his own country after Germany bombed London. Had Winston Churchill not had the fortitude to say, “Never, never, never give up,” all of Europe would be speaking German and living under Nazism to this day.

The Importance of Providential History

My husband and I recently saw the movie, Midway. This re-enactment of the World War II battle of Midway depicts the ingenuity, grit and determination of a group of men who were facing a military giant that had attacked us without provocation a few months before. The Japanese Navy was superior in equipment and fighting forces. The United States had the disadvantage of destroyed ships in the water at Pearl Harbor and the loss of manpower. We were in the throes of recovering from the devastation of attack and had to scramble a Navy back together to defend our shores, try to determine where the enemy would attack next and be on the offensive to seek out and destroy.

But we did have one thing on our side—our freedom was at stake. And the fighting forces of World War II and all those in wars before that time had that truth so emblazoned upon their hearts they were not willing to give it up. The hardships of war, the suffering through POW camps, the injuries, PTSD and separations from home did not sway their resolve. And people back home were praying. 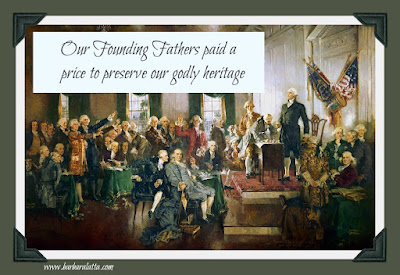 The generations before us were taught from an early age the history and godly founding of our country. Schools allowed prayer and Bible reading, discipline was enforced, and patriotism abounded. We knew the price that was paid by the founding fathers and we celebrated Thanksgiving knowing why the Puritans traveled to the New World.

There is a danger in forgetting our history or rewriting it to avoid offending certain groups of people.
We can learn a lesson from the Israelites.

In Judges 8:34 it says, Thus the sons of Israel did not remember the Lord their God, who had delivered them from the hands of all their enemies on every side. Several generations after the deliverance from Egypt the Hebrews did not know God. Over time the parents stopped teaching their children the ways of God and evil prevailed. They started worshipping idols and even sacrificing their children to false gods. Eventually the Bible says, In those days there was no king in Israel; every man did what was right in his own eyes (Judges 17:6 NASB). 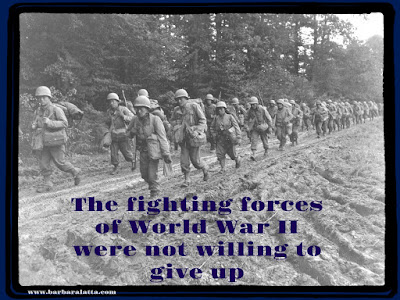 War is harsh, bloody, devastating and costly—and yes, it’s offensive. It’s offensive that so many must suffer hardship, wounds, and prisons so the rest of us can be free. It’s offensive that other nations want to attack and take away what free countries have. But the history shouldn’t be erased because of that. It should be remembered and learned from. What others have done for us should be honored.

We are attacked because God founded our country. That’s why the devil uses other nations who do not know God to come against us. If he stops the United States, very few other countries in the world will stand up and fight against communism and terrorism.

Our providential history is important. We were founded by God so we could worship Him. Those Puritans that sailed to the New World over a three-month journey on rough seas, little food, cold and sickness did so because their desire to worship God without restraint prevailed over their comforts.
If we don’t teach our children where we came from, we will be headed down the same road the Israelites traveled.

May Thanksgiving celebrations remind us to have grateful hearts for what we have. It was paid for at a dear price.

And may you and your family enjoy this season of Thanksgiving!

Please feel free to share your thoughts of gratitude for our blessings.