Breaking Tradition Regarding the Location of the Bethlehem Manger 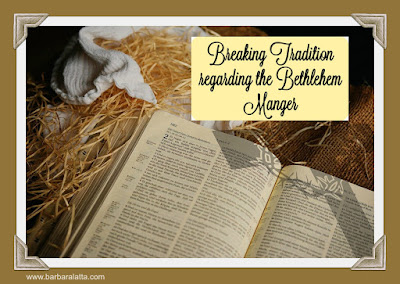 Our information regarding the birth of Christ is limited to the details laid out in Matthew and Luke. Isaiah spoke of the virgin birth in Isaiah 7:14 and Micah 5:2 lets us know his birthplace will be Bethlehem. But there is another verse in Micah that is sometimes overlooked that tells us a more specific location and breaks tradition about the location of the Bethlehem manger.

Movies and Christmas plays always portray Mary riding into Bethlehem on a donkey while labor pains are attacking her body as if she is about to give birth on the back of the animal. Joseph frantically runs from place to place knocking on doors to find a place to stay and gets doors slammed in his face with the response of “No room at the inn.”

No Room at the Inn

The word inn comes from the Greek word kataluma and also means upper room, not necessarily a motel. In biblical times, families extended hospitality to other family members who were traveling and sometimes to strangers. No room at the inn could simply mean the upper rooms were all full by the time Mary and Joseph arrived. The scripture also states, So it was, that while they were there, the days were completed for her to be delivered (Luke 2:6 NKJV).. They could have been in Bethlehem for days or even weeks before baby Jesus arrived.

I have read several articles that seem to agree that Midgal Eder, which means Tower of the Flock, 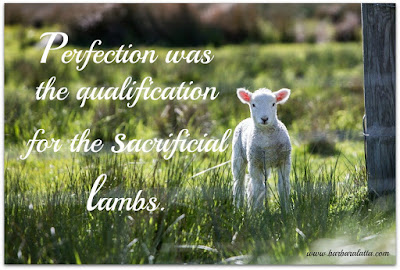 could have been the place of birth that Micah 4:8 speaks of.

This was a field were special shepherds were raising sheep for the temple sacrifices, which was on the edge of Bethlehem at Migdal Eder. The Tower of the Flock was a place where the ewes were laid when they were about the give birth. The lamb that was born was then swaddled in cloth to prevent any injury or blemish from marring the body. Perfection was the qualification for the sacrificial lambs. This field was separate from other sheepfolds as it only was used for this purpose.

When the angels gave the announcement to the shepherds, this group of men would have known the significance of the sign of the Messiah’s birth. And she brought forth her firstborn Son, and wrapped Him in swaddling cloths, and laid Him in a manger...(Luke 2:7)  This would tell them to go to find the Lamb of God at The Tower of the Flock because they would have been familiar with the prophecies in Micah.

As the infant laid in the manger, which would have been a stone trough not a wooden box, he was swaddled in cloth. At his death, he was laid on a stone slab and wrapped in linen. The Lamb of God was born to die.

The Significance of Swaddling Clothes

Bethlehem could have been filled with babies wrapped in swaddling clothes, but none of them would have been in a manger at the Tower of the Flock. 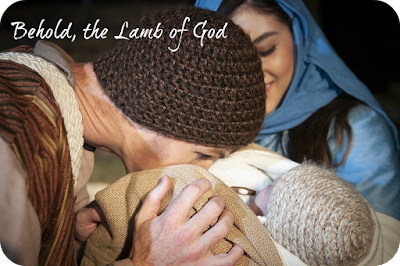 Only the Lamb of God who takes away the sins of the world was born at the place the sacrificial lambs were born. The lambs born at Migdal Eder were swaddled to prevent any blemishes from making them imperfect. The Lamb of God was swaddled at Midgal Eder because He was without blemish.

Where else could the Son of God be born except in the House of God (Beth-El or Bethlehem) at the place were sacrificial lambs were born?

How does this information change your traditional views of the manger? Share your thoughts.