What is the significance of the shofar? 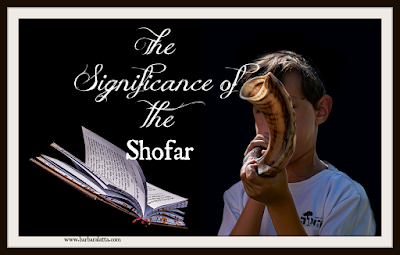 The use of trumpets is mentioned in the Bible over 50 times. This tells us God places an importance on this way of getting our attention.

Rosh Hashanah, also called the Feast of Trumpets, begins on the first day of Tishrei, the seventh month of the Hebrew calendar which is in September or October. This celebration commemorates the creation of the world and after 10 days ends with Yom Kippur, the Day of Atonement. These are the two high holy days in Judaism.

Why is the shofar made from a ram’s horn? The word shofar comes from the Assyrian word, shapparu, which is a wild goat called ibex. The Ashkenazi Jews use the ram’s horn because Abraham sacrificed a ram on Mount Moriah after the angel stilled his hand from sacrificing Isaac.

The sound of the shofar is a plaintive wail with a sometimes eerie sound. These distinctive notes are unlike any other instrument and are used as a call to worship and repentance. The fact that the shofar is made from a ram’s horn can also signify sacrifice. An animal died to give up the horn. So, to hear the shofar or see one, reveals a sacrifice has been made. No other religion uses a shofar in worship.

When the children of Israel were in the desert, God used a ram’s horn to signal they were to come to the mountain and receive the Law.

And when the blast of the trumpet sounded long and became louder and louder, Moses spoke, and God answered him by voice (Exodus 19:19).

When the Hebrews marched around Jericho, they sounded trumpets in obedience to God’s command. When they did so on the seventh day, the walls fell, and they overtook the city. They blew the trump in obedience to God’s command and in praise to His deliverance. When we praise God by lifting our voices to Him, the walls surrounding us fall. Prisons of condemnation and depression are destroyed and overtaken because of praise in our hearts to God.

What does this mean to us as Christians? We can learn from the shofar and view the significance of this ancient instrument by remembering how God supplied the sacrifice on Mount Moriah. He substituted the ram for Isaac just as He substituted Jesus for us. The ram’s sacrifice took place on the same mountain where Solomon built the temple, the place where future sacrifices would be made in atonement for sins.

For the Lord Himself will descend from heaven with a shout, with the voice of an archangel, and with the trumpet of God. And the dead in Christ will rise first (1 Thessalonians 4:16 NKJV).

We don’t know if this will be a shofar or not, but since the shofar is used as an instrument of announcement and call to worship it could be very likely. Even so, the shofar can bring us thoughts of the last trump God will use to call us home.

And God uses trumpets in Revelation as angels open the seals of judgement against a sinful earth. (Revelation 8-9).

The shofar has Jewish roots that flow down to Christianity. Many Christian churches have adopted the blowing of a shofar as recognition of God’s power and faithfulness throughout the centuries as well as a joint recognition of Israel.

We can join the Jewish people this month in their celebrations of Rosh Hashanah and Yom Kippur as we remember why the shofar blew.

Posted by Barbara Latta at 5:00 PM