Is It Godly for a Nation to go to War? 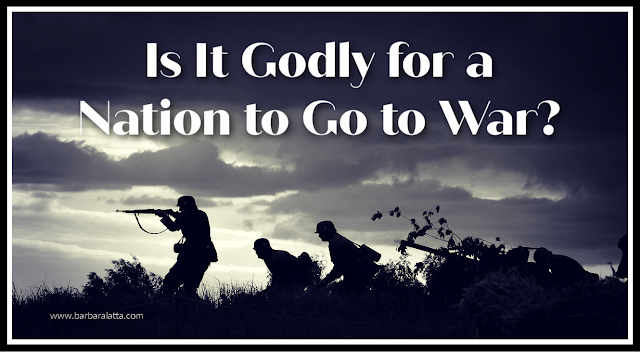 War has existed since the first violence against the image of God in the Garden of Eden. Mankind lost that soulish encounter.

Battles have been fought since that time because of the condition of man’s heart.

Although men were fighting among themselves, the first mention of a war in the Bible is in Genesis 14 when some kings around the area of Sodom rebelled against each other. Since Lot lived in this land, he was taken captive.

Other examples are given to us throughout the Bible:

Joshua and the children of Israel overtook Jericho which was followed by other victories.

Gideon overcame the Midianites with 300 men and other examples are in the book of Judges.

We have records of a multitude of brawls fought by David and Jonathan.

What about Nehemiah arming those who helped rebuild the walls of Jerusalem and the Jews who defended themselves against their enemies in the book of Esther?

God gives nations the power of military might for the defense of the homelands, the preservation of freedom, and to overcome evil that wants to eliminate His presence and Word from a land.

Some nations use their military might with force for the purpose of persecution and to obtain power for evil rulers. God never intended for armies to exist in this manner. 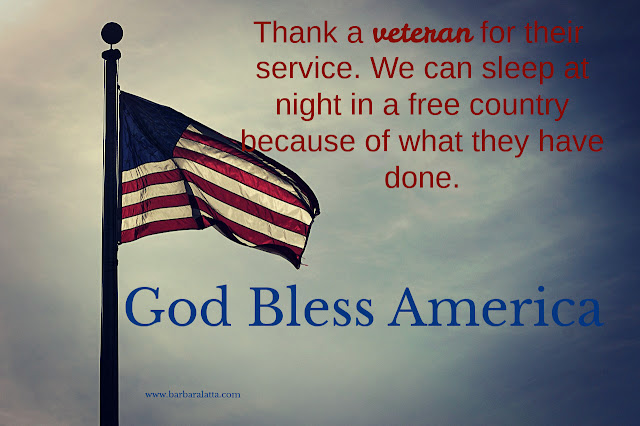 But He also doesn’t want us to become pacifists and do nothing when we are terrorized. Peace isn’t won by doing nothing. Peace comes from standing against evil and being willing to fight.

America’s untrained army was small in comparison to the British when we fought against injustices to obtain independence. But the perseverance of the forces and the intervention of divine providence brought a victory and birthed a nation.

Since that time, we have built our armed forces consisting of the Army, Navy, Air Force, Marines, and Coast Guard. Millions have served, defended, and died for the sake of these 50 states and those who live within the borders.

On November 11, 1918, the Armistice ending World War I went into effect. The treaty was signed at 11:00 a.m. setting the stage for the observance of this cessation of hostilities on the eleventh day of the eleventh month each year to honor veterans of that offensive.

After World War II, President Eisenhower issued a proclamation designating November 11 as a date to honor and remember veterans of all eras and renamed Armistice Day to Veterans Day.

It’s only right for us to recognize and thank those who have given a period of their lives to protect our freedom. We have thrived as a nation because we honored God and based our principles of government on biblical principles. We have only gone to war when attacked or to provide aid for other nations whose livelihood was threatened.

We prepare for conflicts in the hopes we won’t have any. Our defense comes from God and those who are called to serve.

World War I became known as the “war to end all wars.” But that was a dream that could not be a reality. The spiritual forces at work on this earth are the cause of the physical confrontations we have fought and those that continue to intimidate us. We are instructed to wear our spiritual armor and stand against the evil at work.

We fight the spiritual crusades with spiritual weapons, but we also fight natural encounters with physical weapons. Jesus didn’t resist those who arrested him because the battle was to be fought in the heavenly realm.

But He told Pilate that if His kingdom were of this world, His followers would fight (John 18:37).

Is it godly for a nation to go to war?

These scriptures give us the answer.

Blessed be the Lord my Rock, who trains my hands for war, and my fingers for battle. (Psalm 144:1)

Our military forces are necessary as long as we are on this earth. Until Jesus comes back and wins the Battle of Armageddon we will have natural enemies to resist.

One way we can obey the instructions in Titus 2 is to encourage those who have defended us as part of our military.

Find a veteran and thank him or her for their service. We can sleep at night in a free country because of what they have done.

Thank a veteran for their service. We can sleep at night in a free country because of what they have done. (click to tweet)

Posted by Barbara Latta at 6:00 PM