The Beauty on the Cross 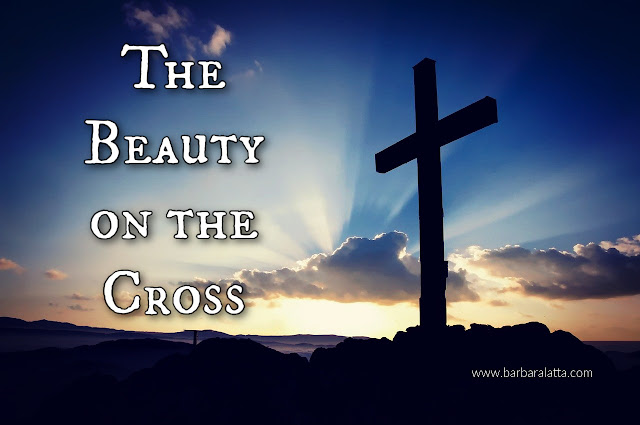 
Each year beauty pageants are conducted all over the world with hopeful contestants vying for a prized crown. From the cradle to college, girls groom themselves, work on talent competitions, and perfect their platforms with aspirations of being declared the most beautiful of them all.

Jesus came to earth in appearance as a run-of-the-mill man. He was not the Mr. Universe of His day.  The towns folk thought of Him as the son of Joseph. He grew up with other Jewish children, attended synagogue with the men, and worked with tools in the carpenter shop.

To all in Nazareth he was as plain and insignificant as they were—until the day He walked into the Jordan River and asked John to baptize Him. He had always been the perfect Son of God, but before the Holy Spirit descended upon Him, He had blended in with the population.

Is this not the carpenter’s son? Is not His mother called Mary? And His brothers James, Joses, Simon, and Judas? (Matthew 13:55 NKJV).

Now the ordinary man became the extraordinary prophet, Messiah, and deliverer of Israel. Without anyone’s awareness God had been grooming Him from the cradle to the college of the wilderness for the pageant of the universe.

This one wasn’t judged by physical beauty, but by the act of human sacrifice. Humility, love, and righteousness were the qualifications, and His platform was redemption for all mankind. 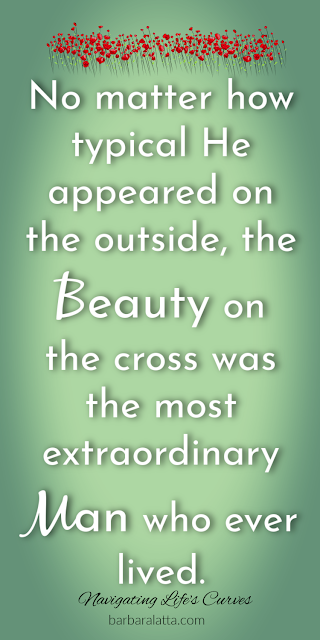 The runway He walked was the Via Dolorosa. The crown was made of thorns, not diamonds; the scepter, a reed. In mockery, Roman soldiers draped a robe of purple around His bloody shoulders. The garment adhered to the tender flesh of the recently scourged back and caused more pain when cruel hands ripped the fabric from ravaged skin.

No newspapers broadcast His winning smile to admirers. No fans clamored for His autograph. Instead, He received slaps and spittle upon His face.

The mutilated body was too ugly to behold for those watching the struggle between heaven and hell. The cloak of sin that covered God’s Son caused the Judge of the universe to look away and the auditorium of the earth darkened.

For He shall grow up before Him as a tender plant, and as a root out of dry ground. He has no form or comeliness; And when we see Him, there is no beauty that we should desire Him (Isaiah 53:2 NKJV).

Despite His appearance, the glory within burst forth and the ugliness of sin was conquered. God the Father placed the victor’s garland upon His Beauty when the Son won the contest that defeated death. No matter how typical He appeared on the outside, the Beauty on the cross was the most extraordinary Man who ever lived.

The reward He received was not just for Him. When we submit our plain, insignificant lives to His, we are welcomed into His court. He extends to us the scepter of righteousness, peace, and love.

May this Easter season bring more revelation to you about how much you are loved. If you do not know Christ as Lord, will you take the time now to accept His offer of the crown of eternal life?

Blessed is the man who endures temptation; for when he has been approved, he will receive the crown of life which the Lord has promised to those who love Him (James 1:12 NKJV).

No matter how typical He appeared on the outside, the Beauty on the cross was the most extraordinary Man who ever lived. (click to tweet)

May this Easter season bring more revelation to you about how much you are loved. If you do not know Christ as Lord, will you take the time now to accept His offer of the crown of eternal life? (click to tweet)

Posted by Barbara Latta at 8:00 AM