3 Keys That Unlock the Prison of Guilt and Shame 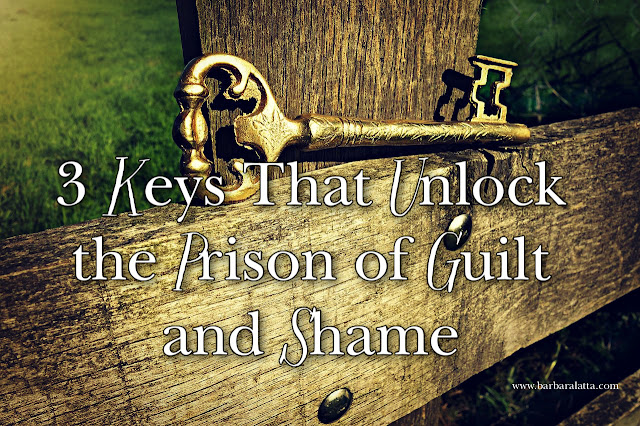 hy would anyone want to know evil?

For God knows that in the day you eat of it your eyes will be opened, and you will be like God, knowing good and evil. (Genesis 3:5 NKJV)

But the temptation to know everything sucked Adam and Eve into the trap.

They became acquainted with evil.

God brought the skins of a slain animal to cover the guilt. The couple was forgiven.

But the shame continued Their minds probably ran away with the accusations that came from the mouth of their tempter. “You are bad.” “Look at what you did.” “The human race is doomed because of you.”

This is what the devil does. He tempts and then when we give in, he accuses and condemns us.

Even since the Garden humans have dealt with guilt and shame.

Shame is tied to who we perceive we are. Shame says, “I am bad.”

God gave us a conscience so we would know right from wrong. But once we repent, He doesn’t want us to live in guilt and shame.

Guilt pricks us due to a wrong behavior. Our conscience tells us something is wrong, and we need to repent. 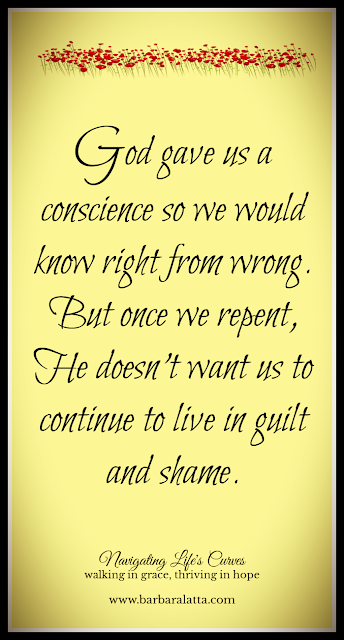 But after we receive forgiveness shame can remain if we don’t live in our righteous identity in Christ.

Shame can lock onto the mind and condemn us for the behavior that has been forgiven. Shame can cause addictions because the person is seeking to medicate the pain of past sins.

The Lord gives us 3 keys that unlock the prison of guilt and shame.

1. Realize we have been forgiven. We admit we are guilty sinners, but because of the blood of Jesus, we don’t stay that way. If we confess our sins, He is faithful and just to forgive us our sins and to cleanse us from all unrighteousness (1 John 1:9).

2. Dwell in the presence of Christ to stay focused on the redemption we have been given. Abide in Me, and I in you. As the branch cannot bear fruit of itself, unless it abides in the vine neither can you, unless you abide in Me (John 15:4 NKJV).

3. Renew our minds to agree with who God says we are. And do not be conformed to this world, but be transformed by the renewing of your mind, that you may prove what is that good and acceptable and perfect will of God (Romans 12:1-2).

Our identity is not tied to our behavior. A born-again person’s identity is tied to Jesus. Despite our sinful actions, we are a new creation in Christ in our spirit (2 Corinthians 5:17). Our soul (mind and emotions) must remain focused on the Word to cleanse us from wrong beliefs.

We are not shame. We are righteous.

Living in a sense of shame is not the same thing as being referred to as shameless.

“Have you no shame?” is directed toward those who continually commit evil acts.

What they really are is conscience-less. God gave us a conscience to direct us from right and wrong. Even a person who is not born again has a sense of good and evil unless they continue to ignore the nudge and their heart becomes hardened. The conscience no longer directs. Speaking lies in hypocrisy, having their own conscience seared with a hot iron (1 Timothy 4:2).

Jesus left the Holy Spirit on the earth when he ascended to heaven. He is called the Comforter for a reason. He comforts, He does not condemn. He shows us the way, He does not shame us.

A victorious life depends on knowing who we are in Christ. There is no room for shame or guilt because it has been dealt with at the cross. Our place is to receive that truth and become free.  If you abide in My word, you are My disciples indeed. And you shall know the truth, and the truth shall make you free (John 8:31-32).

Only the truth that is known sets us free.

God gave us a conscience so we would know right from wrong. But once the wrongful deeds are acknowledged, He doesn’t want us to remain in guilt. (click to tweet)