Lessons from Zacchaeus and the Rich Young Ruler 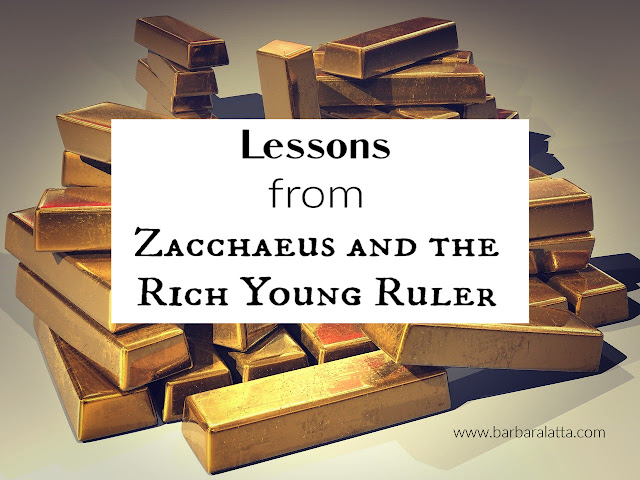 The Lord’s reputation preceded him. His teaching was like no other and spiritually hungry people flocked to hear the Messiah.

Zacchaeus was too short to see over the tops of people’s heads. As a tax collector, he was an outcast. Perhaps he had tried to elbow his way to the front of the crowd, but people pushed him back because they wanted nothing to do with him. He ran ahead, climbed a tree, and hid among the branches.

He had no idea Jesus could see him. He only wanted to find out more about the Man who caused quite a stir among the population.

Jesus looked up amidst the crowd and singled the small fellow out and wanted to have dinner with him.

The people were aghast that this prophet would enter the house of a sinner. (Isn’t it amazing, they didn’t think they were sinners too?)

Because Jesus showed Zacchaeus love and acceptance, the sinner transformed into a believer. Jesus never asked Zacchaeus to give away anything, yet the heart change urged amends for his wrongdoing. Giving away money didn’t change him nor make him acceptable to God. His heart changed when he accepted the love of God.

In contrast, the youth with the extravagant lifestyle came seeking the way to eternal life. His first response to Jesus was a recitation of the law he had kept from his childhood. He didn’t see himself as a sinner, yet he knew something was still missing in his life. Maybe there was one more law he missed. He sought performance.

Jesus told him to sell his possessions and follow Him. The youth went away sad because material wealth had such a grip on him.

Selling his possessions wouldn’t save him. Jesus just wanted to show this person the condition of his heart. Idolatry prevented him from receiving eternal life from the Father.

Zacchaeus willingly gave because his heart changed. When the love of God touched him, he immediately repented. 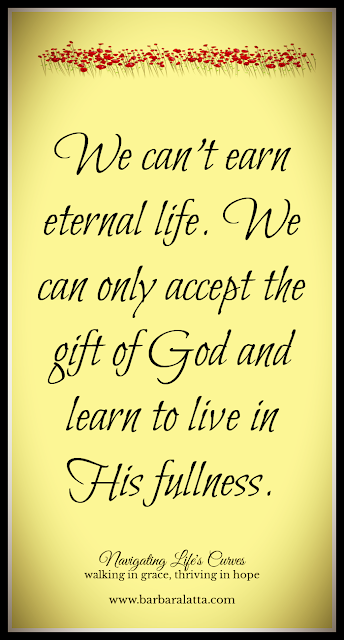 The ruler couldn’t part with his possessions because his heart remained hard. All indications reflect he didn’t think he needed to repent of anything. Zacchaeus acknowledged his mistreatment of people. The ruler just talked about how good he thought he was.

If the young ruler had been willing to part with his earthly possessions and follow Jesus it would be indicative of his heart change. He could let go of the idol that held his soul in exchange for submitting to the one who held the keys to eternal life. But he still sought a way to earn God’s love without realizing the Father’s heart had already been extended to him.

What Does it Mean to Believe?

When the Philippian jailer asked Paul, “What must I do to be saved? (Acts 16:30), his searching question was asked in a different way from the one the ruler asked it. He wasn’t seeking performance; he sought the source of the power in the man behind bars. The guard was amazed when Paul and the other prisoners stayed put after the earthquake opened the prison. He knew it could only be God.

The answer is simple, “Believe in the Lord Jesus Christ.” And this word believe means more than just believing Christ exists or that He is the Son of God. The demons believe and tremble (James 2:19).

The word believe means commit to, be put in trust with.[i] This is what Zacchaeus did but what the rich young man wasn’t willing to do. He called Jesus Teacher. Zacchaeus called Him Lord.

These examples show us it isn’t what we do that saves us. Good deeds are a result of knowing the Lord but are not what changes us. We give and love because He first loved us.

Many times we may think like the young man did and use our performance as a way to appease God. We may not approach it the same way, but we start to use our busy-ness, ministry opportunities, how much we pray or read the Bible as steps to earn heavenly points. Even our giving can become a trophy if not done with the right motive.

We can’t earn eternal life as the young man found out. We can only accept the love of God and learn to live in His fullness.

Believing is a whole new way of living—as Zacchaeus found out.

What other insights do you see about the two rich men who sought Christ? Join the conversation.

To believe in the Lord Jesus Christ means more than acknowledging He exists. Believe means to commit and trust. (click to tweet)

We can’t earn eternal life. We can only accept the gift of God and learn to live in His fullness. (click to tweet)