How to Win Supernatural Victories When Outnumbered by an Enemy 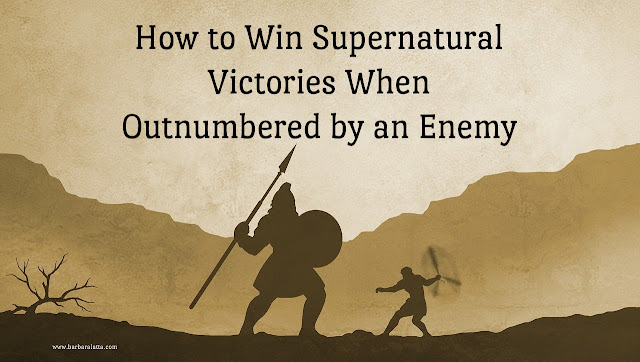 Do you ever feel as if you are outnumbered by life? Kids get sick, bills need to be paid, traffic is congested, fatigue plagues our bodies, and yes, people we love pass away. These are not battles we fight with military weapons, but they are battles we must face and overcome. When we feel outnumbered, we can lose heart and see no way to win.

In the history of God’s people, they were always outnumbered. The battles Israel fought after leaving Egypt were against enemies of greater strength or numbers. Yet, when Israel obeyed God and followed His directives, they won.

These were supernatural victories because without holy intervention an army cannot win when facing the kind of opposition the Hebrews did.

We can learn how to win supernatural victories when outnumbered by an enemy we face by learning from these biblical examples.

Battles were won by the hand of Jehovah because the people obeyed Him and armed themselves with faith.

But when the armies of Israel confronted an enemy through their own reasoning, they failed (Joshua 7). They looked at the city of Ai and saw very few people. They thought this battle would be easy to win, but they were wrong.

What does this have to do with us today?

We face battles in our lives that can overwhelm us. We feel outnumbered and in natural circumstances we may be. If our focus is on the enemy of sickness, financial distress, lost relationships, fear of the future, or lack in any area, we give that enemy power over us.

All the examples from the Bible show us great victories because God fought the battles. 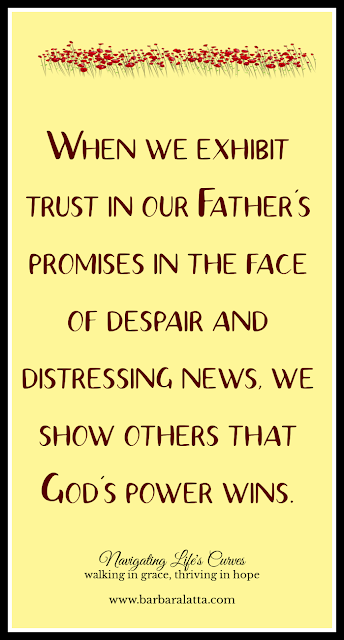 Our society is filled with hopeless situations. Media airwaves bombard our senses with doubt and fear.

But our Lord is still greater than all our enemies like He was in the biblical stories. He never changes, and He never leaves us.

In Joshua chapter 7, the spies that went to Ai saw few people in that city and they thought the win would be easy.

These men told Joshua it would be a piece of cake, so they didn’t need extra help.

The few that went out were defeated because God didn’t go with them. Sin in the camp kept victory at bay.

When life relaxes a little, we can coast along and forget to ask the Holy Spirit for guidance. We may not consciously ignore Him, but busyness gets in the way and if we don’t face a tragedy or difficulty, we may not realize we are not putting the priority on listening to Him.

We start leaning to our own understanding and then we fail (Proverbs 3:5-6).

We aren’t punished for sin as they were in the Old Testament because Jesus took our punishment. But there are consequences to ignoring God’s precepts even if they are not intentional.

As Titus 2 women, we are called to encourage. We can only do that if we arm ourselves with the Word. We can build faith in children, grandchildren, and the other youth we come in contact with.

If we exhibit trust in our Father’s promises in the face of despair and distressing news, we show them that God’s power wins. Nehemiah is a great example of staying strong in the face of opposition and when hearing the wrong beliefs of others.

David won against Goliath because he was aware of the covenant the Lord Almighty had given to Israel.

No matter what enemy we face, when we depend upon the covenant we have through Christ, we are not outnumbered. The victory is already ours, but it is up to us to step forward and claim it. We can win supernatural victories against every enemy when we let God fight the battle.

What victories has God won for you? Share your thoughts.

If we exhibit trust in God’s promises in the face of despair and distressing news, we are an example of how the Lord’s power wins (click to tweet)