The Origin of Groundhog Day and the Significance of Shadows 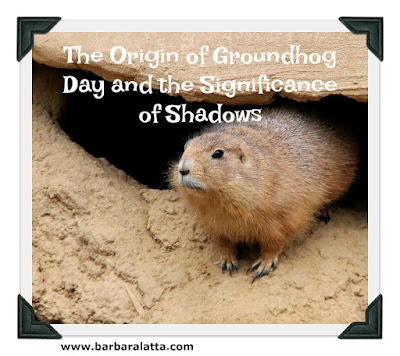 February 2 is the day recognized as Groundhog Day. Attention is turned to Punxsutawney, Pennsylvania each year to see what Phil, the famous groundhog, will do. Or in the case  of Georgia, it's General Beauregard Lee.

Did you know that the origin of Groundhog Day has Christian roots? It began with the tradition of Candlemas where clergy would distribute candles needed for winter and place a blessing on them. These candles represented how long and cold winter would be. The Germans took this tradition further by selecting an animal, the hedgehog, to predict weather. When settlers arrived in Pennsylvania the hedgehog was not available, so they decided to use a  groundhog because they were plentiful in that area.

The legend is that if the groundhog comes out of hibernation and sees his shadow there will be six more weeks of winter. No shadow means an early spring. Spring brings to mind new life as trees and flowers bloom and animals give birth to young. There is relief from the harshness of winter.

Shadows can be misleading.
A shadow is formed when light is blocked. When all we can see is a shadow, the true representation of the original object or person is not shown.

When I was a child, my brothers and I always enjoyed the home movies my dad would take of us. When it was time to view them, he would get out the 8mm projector and put up the screen. Before the film started, we would stand in front of the light and make shadows with our hands on the screen. Those who are experienced at this skill, can produce the image of animals or other objects with their hands. Without knowing the source of the shadow, those viewing the image could be misled to trust the shadow rather than the truth.

In the Old Testament, God instituted festivals and certain sabbaths for the Israelites to remember God and His promises. Those promises pointed to the Redeemer who would fulfill all the Law that was given. Over the centuries, the reason for those celebrations was forgotten and the festivals became a ritual with no meaning. They were merely a shadow of things to come, not the real deal.

When Jesus came, Paul had to keep explaining to the Jews who had become believers in Jesus that they no longer needed to observe those festivals. Jesus was the fulfillment. They had learned to trust the shadow instead of the significance of the shadow.

So let no one judge you in food or in drink, or regarding a festival or a new moon or sabbaths, which are a shadow of things to come, but the substances is of Christ (Colossians 2:16-17 NKJV).

The revelation of God’s grace through Jesus shone light upon the shadow of the Law. The Law could not release people from the darkness that was in their souls because it was based on performance. 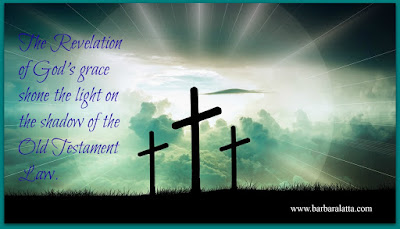 We can still forget this today. We try to please God with our good works instead of coming to Him by faith in what Jesus did. We put a shadow on grace and look back to the law of performance because we don't see the significance of Jesus to remove the shadow.

If the groundhog sees no shadow it’s because the sky is cloudy. There is no light to cast the shadow.
But Jesus casts no shadow because He is the Light. There is no darkness in Him or around Him.

This is the message we have heard from Him and declare to you, that God is light and in Him is no darkness at all (1 John 1:5).

He is the gift of light and life and releases us from the harshness of the winter in our souls.

Every good and perfect gift is from above, and comes down from the Father of lights, with whom there is no variation or shadow of turning (James 1:17).

Watching Punxsutawney Phil or General Beauregard Lee can remind us of the shadows that have been removed from our lives if we have let the Light of Christ come in.