I don’t like snakes, but I know people who do. They like them because they know how to handle 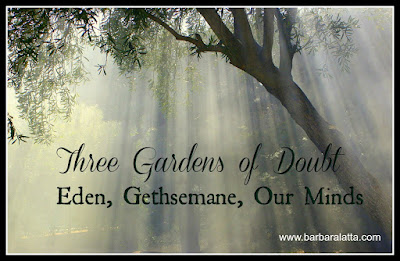 them. These professionals are the experts and they know the nature of the reptile and how these creatures behave. They are not caught off guard by any attacks.

Adam and Eve were placed in a perfect environment. God walked and talked with them and He gave them everything they needed for physical enjoyment and nourishment. They lacked nothing.
Then a snake appeared.

Subtlety, lies, deception. Whispered words through the leaves of a tree that held beautiful, tasty food.
The words that went into Eve’s mind caused her to doubt the words her Creator had said.
She reached out and took the fruit. She saw it, held it, and believed the lie. She took a bite and mankind fell. They were caught off guard by the attack of doubt.
The Second Garden

Another garden hid a snake. The snake of doubt that tried to enter the human side of Jesus in the Garden of Gethsemane. Jesus travailed in prayer over what He knew was coming so much that blood came out of His sweat glands.  He agonized over the cup asking if there was any other way that God’s will could be fulfilled, would God please do it? But He overcame those thoughts by submitting to His Father’s will and knowing that the cup couldn’t pass away. He had to redeem mankind by becoming the human sacrifice. He stomped on the devil’s head and crushed it (Genesis 3:15).

He didn’t give in to the body that wanted comfort, He gave in to the will of the Father who wanted redemption.

The Garden of Gethsemane was a battleground. The battle for the destiny of mankind. Doubt was the weapon fired at the Son of God. The sword of God’s Word sliced doubt out of the garden and won.

Our garden is the mind. Thorns of doubt sneak in and wrap around the mind like a python and squeeze our thoughts in confusion with every suggestion from the enemy. We will never experience the same torment our Savior did in Gethsemane, but doubt produces the pain of unbelief. Unbelief cuts away the intimacy with our Father and we are vulnerable to temptation.

How can we cut off the head of the snake of doubt? 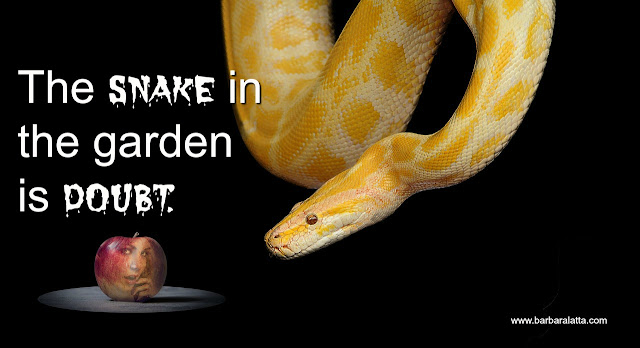 The voice of doubt was silenced for Jesus in the Garden of Gethsemane. If we don’t listen to those dark words that voice of lies has no power over us, either. The word of God is the voice with authority.

Religious leaders of Jesus’ time doubted. If they had understood the scriptures, they wouldn’t have crucified the Lord of glory (1 Corinthians 2:8). Their doubt caused their downfall.

Doubt won in Eden but was overcome in Gethsemane. That same victory belongs to us for our garden, too, when we use the same weapons Jesus did.